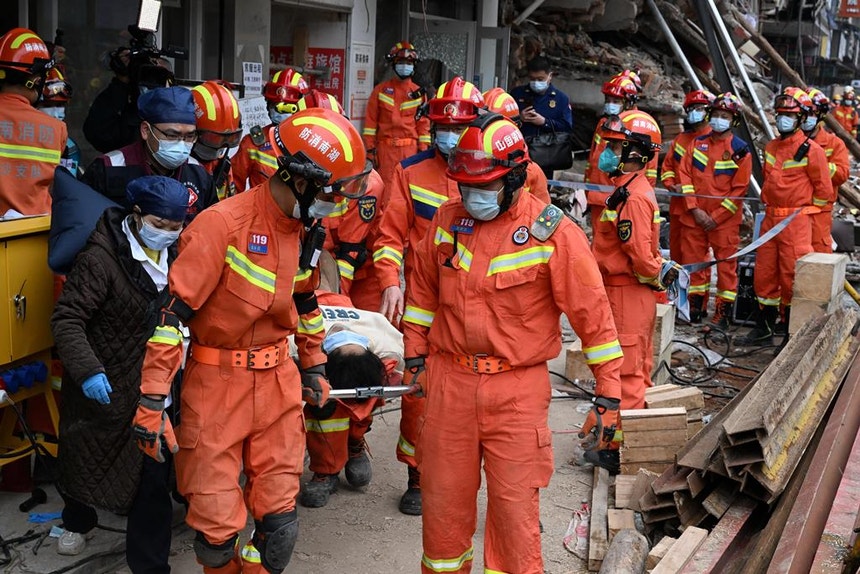 511tmpog9i92s5lo6htfcrh ·
China continues to strengthen its position along its disputed border with India with construction of a new bridge designed to span a section of Pangong Lake—which could significantly speed up movement of PLA forces on both sides of the lake.
Learn more: cs.is/3tFHReM
Like
Comment
Share

51p9435362i0hfhodt ·
Yesterday China’s UN ambassador condemned the war in Ukraine and stated the integrity of a nation’s independence must be respected. While implicitly recognizing the independence of Ukraine against Putin’s claim that it is part of Russia’s territory, he suggested the need for safe air corridors to supply humanitarian help to the populations suffering the Russian bombardment. There are cities in the south of Ukraine where the population is without food, water and electricity for more than ten days. Russia has agreed to allow safe corridors for the wounded and women and children to leave several cities flattened to the ground only to shell them with artillery and missiles. Thousands of Ukrainian civilians have been killed. Many have died for lack of medical assistance since the invaders intentionally destroyed the hospitals.
There seems to be a lot of confusion in the media about China’s position. The ambassador’s comments clearly expressed opposition to the Russian argument to invade Ukraine and the indiscriminate attack of civilian populations. His statement is at odds with the alleged position of his government. While China denied giving any help to Russia, the assertion that no such request was received is inconsistent with the American intelligence claim, as reported in the media, that Beijing is pondering Putin’s call for economic and immediate military help. Russia needs anti-aircraft missiles and parts for its planes. His forces are for the most part frozen where the Ukrainian military stopped them, with moral problems and abysmal logistical incompetence that deprive them of food and ammunition.
A meeting of representatives of China and the United States in Rome about Beijing’s intentions lasted seven hours, without any accord. Spokesmen for the Biden administration voiced on TV the threat that China will face “significant consequences” if it violates the sanctions imposed on Russia, which most members of the United Nations General Assembly support.
With the political assistance of China, the only country from which Putin may obtain any relief in coping with the long-term consequences of isolation by the world community, Putin would be under perhaps unbearable pressure not to interfere with an attempt by NATO and other countries to immediately fly humanitarian help such as food, medicine, and medical assistance for the victims.
According to some observers, this equivalent to a no-fly zone could be a prelude to a cease-fire. However, it is doubtful that after producing the crumbling of Russia’s economy and power for several generations to come, and unable to rebuild its war machinery, the dictator would be able to keep his oppressive and corrupt regime. Observers and Russian sources see evidence of growing militant discontent of the educated classes throughout the country as thousands of Russians have protested against the war and hundreds are reported to be jailed every day.
11
Like
Comment
Share