via Rosana Marcis Descharnes
M A G N I F I Q U E !

An immense appreciation goes out to Vlisco for giving us a beautiful insight into one of the many rich cultural heritages of the African continent! This clip makes us VERY PROUD to be Africans!

The United Nations has warned that the humanitarian situation in Sudan is worsening with further heavy rain and flooding expected in the coming days.
The government has already declared a state of emergency, and the UN says the supplies needed to respond to the crisis are running out.
Weeks of torrential downpours have led to flooding in all but one of Sudan’s 18 states.
More than half a million people have already been affected and thousands have been displaced.
Torrential rains are also causing flooding across the Sahel region of Africa. (BBC)

Genre: Documentary IMDB: (1966) The cruel acts of animal poaching and violence, executions, and tribal slaughtering, all taking place on the African continent.

Updated July 14, 2018
african history
What is the biggest crocodile in history?

Gustave is a large male Nile crocodile from Burundi. He is also a serial killer & notorious for being a man-eater, and is rumored to have killed as many as 300 people from the banks of the Ruzizi River and the northern shores of Lake Tanganyika. Though the actual number is difficult to verify, he has obtained near-mythical status and is greatly feared by people in the region. 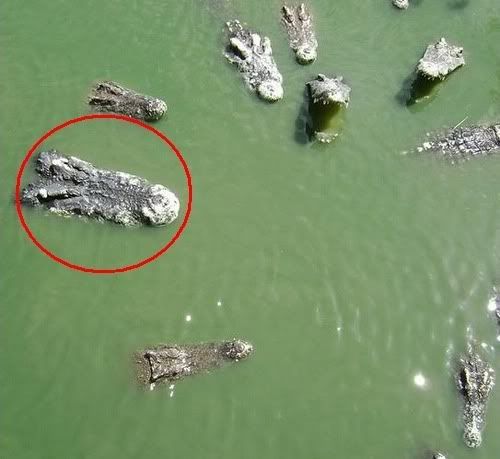 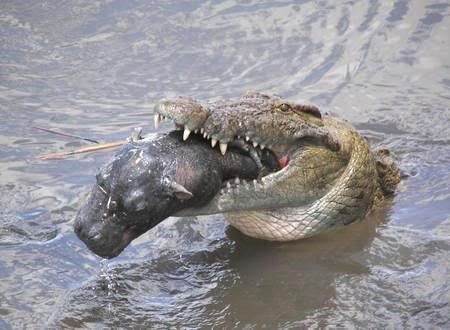 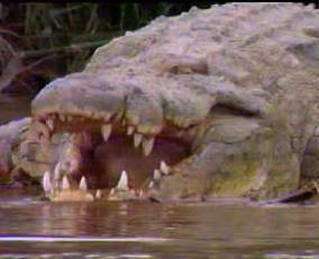 Have You Seen This Crocodile?

A cold-blooded serial killer is on the loose. His name is Gustave. He’s 20 feet long, weighs 2,000 pounds, and stands accused of devouring hundreds of people. Writer Michael McRae and photographer Bobby Model travel to war-torn Burundi to confront the man-eater.

For 20 years, near Lake Tanganyika inBurundi, locals have been terrorized by one of the largest freshwater crocodiles in the world. The 25 foot long crocodile, named Gustave, has an insatiable appetite… for people. He is known for having eaten over 200 people, though some believe that number to be as high as 300. In the past, all attempts to catch or kill Gustave were unsuccessful. Still, for one man who has made it his mission to hunt the crocodile, there may be a more humane solution to stopping this man-eater.
Patrice Faye is Frenchman, but he’s been living in Burundi for the past two decades. He became something of a local hero 11 years ago when he made his first attempts to capture Gustave using a trap, but that didn’t work out well. “He must have a very strong survival instinct , because he has survived while other crocodiles were massacred,” Faye told the BBC Brasil.

Despite the fact that Gustave has eaten so many people, Faye still has respect for his elusive nemesis–and does not intend on killing him.

We live in an age where creatures like these are increasingly rare. He’s a prehistoric animal, very fat. In the water, he’s like a hippo. But he still has all his teeth, suggesting that he is about 68 years.

During one three month period that he followed the crocodile, 17 people were eaten. This had lead Faye to estimate that Gustave has probably eaten over 300 in the last 20 years. “I do not think it is a matter of taste, but a question of what he can hunt,” he said.

Faye points out that Gustave’s massive size likely makes acquiring more conventional meals difficult–plus a diet of fish probably wouldn’t be enough to satisfy his appetite. Faye says the crocodile “has no choice but to hunt easier prey,” and humans in or around the lake are good candidates.

So, what’s the best way to humanely deal with a man-eating crocodile? Faye hopes that following Gustave’s movements more closely might reduce the numbers of people being eaten.

I have informants. In Burundi, thousands of people who live along the lake, especially fishermen who spend most of their time in water. I gave them a dozen cell phones to tell me where he is.

Still, some gun-wielding locals have made attempts to stop Gustave themselves. “Many fishermen said they had hit him. He seems to have bullet proof leather.”

It may take more than a bullet to stop an enormous, man-eating crocodile–or to discourage his devoted follower, Patrice Faye.

I will remain faithful to Gustave and expect him to do the same.

In Capturing the Killer Croc, Patrice Faye and other scientists attempted to capture Gustave. According to the film, Patrice performed two years of investigations before the attempt. Patrice and his team were given a 2-month time slot for their capture attempt; thereafter a change of government would risk plunging the country into civil war. First, a trap cage weighing a tonne and nearly 9 meters (30 feet) in length was developed. The team then located Gustave and installed and baited the trap, placing a hidden infrared camerainside as well. Several kinds of bait were used, yet none of them attracted Gustave or any other creature. The scientists then installed three giantsnares on strategic banks to increase their chances of capture; although smaller crocodiles were caught by the traps, Gustave was not.

In the last week before being forced to leave the country, the team placed a live goat in the cage. Nothing happened until one night, the camera failed due to stormy weather. The next morning, the cage was found partially submerged and the goat had disappeared. The team speculated that the rising waters helped the goat to escape, or that the cage had failed, but due to the absence of a camera recording, no conclusion could be drawn.

The last reported sighting of Gustave was in June 2015, One resident claimed that Gustave dragged an adult bull buffalo on a riverbank.

Gustave is the basis of the film Primeval (originally titled Gustave). 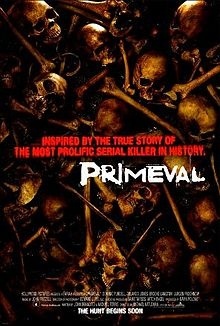 Primeval is a 2007 American horror film which was released on January 12, 2007. The film stars Dominic Purcell, Orlando Jones, and Brooke Langton as a team of American journalists who travel to Burundi to film and capture a gigantic, man-eating crocodile.

The film’s promotional trailer dubs Gustave a “serial killer“, who has claimed more than 300 victims and “remains at large”. It is compared toJack the Ripper and the Zodiac Killer with his non-human status never mentioned except for a brief line where the narrator says, “He’s real, but he’s not human”. A shortened version of this trailer does not contain this at all. However, in the trailer, a crocodile, presumably Gustave, briefly flashes on screen. The promotional poster similarly calls Gustave “the most prolific serial killer in history”. The film’s official website rarely makes any mention that the killer is in fact a crocodile.

Gustave is a Nile crocodile believed to be in his sixties with a length of over 25 feet. Inhabiting Burundi’s Lake Tanganyika, Gustave has been hunting its banks for decades. Gustave’s tastes haven’t always been for human flesh, but as he aged he found more agile prey such as antelopes or zebras too difficult to bring down. So the older Gustave got, the more he kept seeking out an easier prey. Enter the poor unsuspecting fisherman. Although his switch to man-eater was out of necessity, there are plenty who say that Gustave seems to be killing for the pleasure of it. 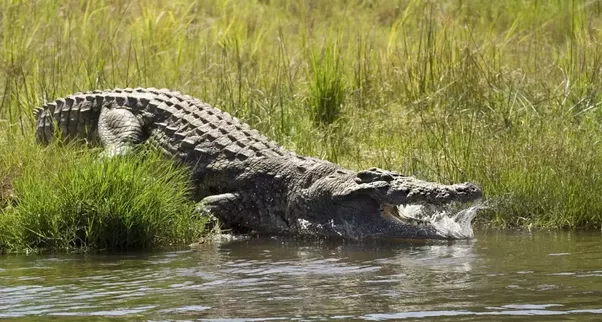 Over the years, he has accumulated a few battle scars including three bullet holes in his body and a knife wound to the shoulder. Despite his wounds, Gustave remained a man-eater, leery yet not frightened of his new food source. French Ex-Pat Patrice Faye has been hunting the killer for two decades. However, Patrice does not want Gustave to die for his crime. Patrice is looking to capture and tag his enemy so that he can study his movements and learn how this beast has survived for so long. The film crew has filmed Patrice on several attempts to capture the elusive Gustave. 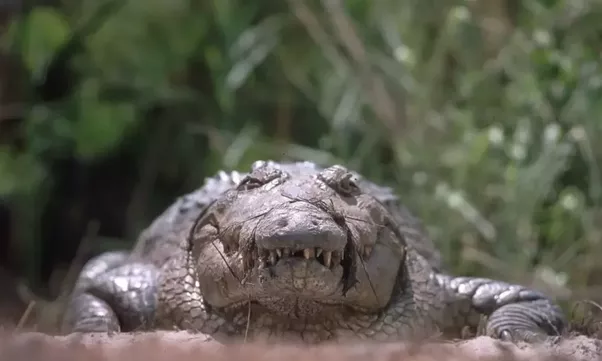 A female Nile crocodile sits on the warm sand guarding her nest of eggs.

As the film crew was about to wrap on one occasion, Patrice sets his trap one final time. The next morning, they found the trap nearly submerged in the mud and completely smashed to bits. Unfortunately, the camera failed to capture any footage of this near capture, as they were taken down by a storm. A couple of days later the crew was sent home, Gustave had eluded capture yet again.

A few years back it was reported that Gustave had been shot and eaten by a group of rebels. However, these rumors were put to rest when Gustave resurfaced in June of 2015 to add a few more victims to his death toll.

As of 2016, the World Bank estimates over 82% of the South Sudanese population are living in extreme poverty.