For many young Australians, the thought of being able to break into the property market may seem nearly impossible – but there are still some areas where you can snag a bargain.

Homes were flooded in Melbourne and other cities in Australia’s southeast on Friday with rivers forecast to remain dangerously high for days.

Homes were flooded in Melbourne and other cities in Australia’s southeast on Friday with rivers forecast to remain dangerously high for days.

It’s such a pretty time of the year with purple filling the streets of Sydney! 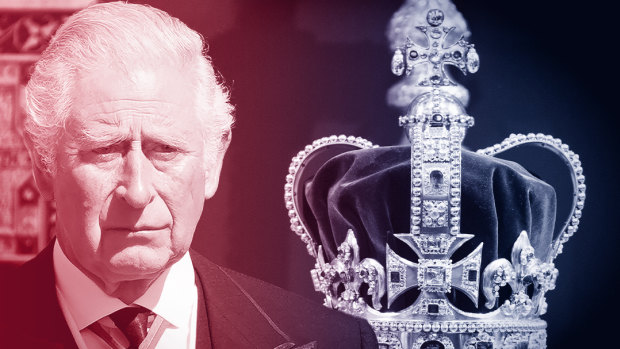 Less than half of Australians back cutting ties with the monarchy as support drops to levels that would make constitutional change impossible.

rtdpenoSsof4c2itahc023fmag309889a0iu1fiff0ua10cl3gg8h8721all ·
A fresh example of the lengths people are going to – to charge their electric cars.
And it’s a beauty.
The photo was taken at Millers Point.
The owner has plugged in a yellow extension cord on the balcony.
It’s tied around a tree.
The wire is loosely hanging down- on top of the bushes.
And in the middle of the tangled mess- is the power board.
Attached to the power board- is the plug for his electric car.
And that runs down the tree trunk to the gutter.
And then connects to the vehicle.
It’s an accident waiting to happen.
The man who took the photo – says to us:
“I was walking down the street to work and couldn’t believe my eyes.
“It looked like a street in Vietnam- how this is legal is beyond me.”
A bit of a pattern is emerging here.
People are trying to get involved in the electric car revolution.
But they’re running into roadblocks.
I’m hoping the electric car revolution is going to be a raging success.
But those behind it need a few reality checks.
Small problems are going to become larger ones when we have millions of electric vehicles on the roads.
And there is no bigger problem than charging.
It takes up to 8 hours to fully charge an electric vehicle.
Most people will want to do that when they’re asleep.
So it has to be done at home.
But for a lot of people- that is physically impossible.
1.3 million people live in apartments.
Another 1.1 million live in terraces and townhouses.
Charging at home is not practically possible for everyone.
Think about some of the areas that will have the highest demand for electric cars.
The Inner City and the Inner West.
How many people living in those areas have off street parking?
That’s why we’re seeing bizarre scenes like the images we’ve shared with you.
Tangled power lines from people’s houses – hanging along fences and dangling down trees.
It’s something you’d expect in a third world country.
Yesterday we spoke to Wes Ballentine from Intellihub.
They’ve been given $870,000 in taxpayers money- to roll out charging stations on telegraph poles.
We’re soon going to have people parking in front of the pole and charging for up to 8 hours.
As our caller Steve said yesterday:
“I have 5 cars in my household.
“That means I’m spending 40 hours in front of a power pole… just to get all the cars on the road.”
We’ve sent the photos to the NSW Environment Minister Matt Kean.
He says:
“This is why we need to roll out fast charging infrastructure so you don’t have to do this”
But then you have the next challenge… power supply!
We’re being warned of shortages in the years ahead- when two of our biggest coal plants close.
Only recently- we were being asked not to turn on our dishwashers until we went to bed.
Because there was a shortage of power.
What happens when we’re charging up millions of new electric vehicles?
Darren Miller- the CEO of the Renewable Energy Agency- recently said:
“If we all end up having EVs and charging them at exactly the same time- then the distribution system will not be able to cope with that.”
We may need to have a guide about when we charge and when we don’t.
And until we have proper charging options, do we need to say to people:
“If you don’t have a garage or parking spot, you’re not ready for an EV”
Otherwise we’ll be seeing more extension cord chaos that looks like a plate of spaghetti.
11
Like
Comment
Share